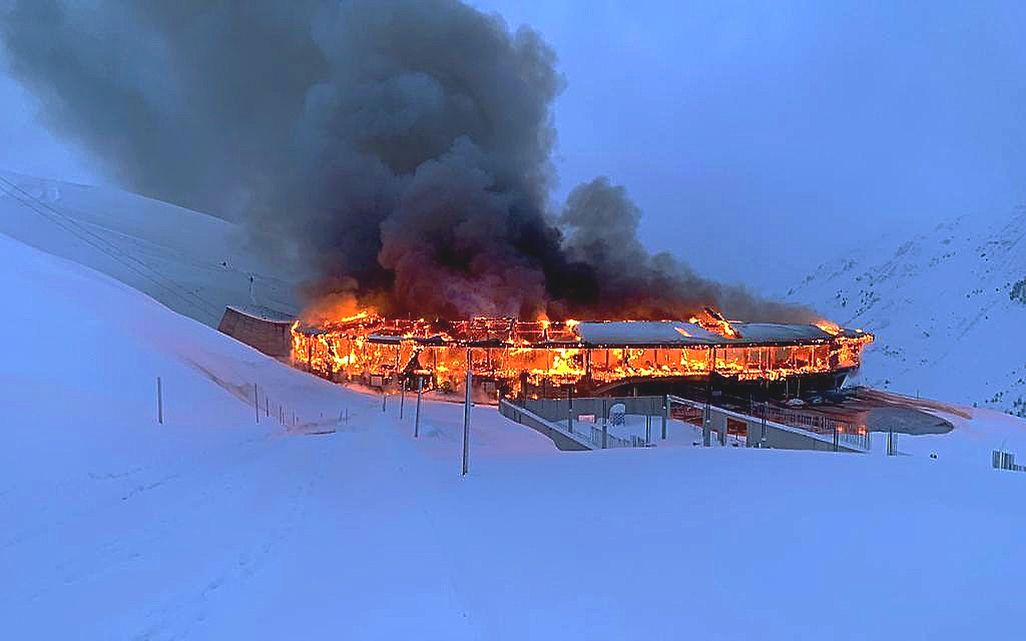 A major fire in the world-famous motorcycle museum on Timmersjoch in Austria on January 18, 2021 was caused by a monitor. Image rights: District Fire Brigade Association Imst

In a major fire triggered by a technical defect in a presentation monitor, the world-famous motorcycle museum on the Timmelsjoch in Austria was completely destroyed on January 18, 2021 - a disaster that could have been prevented with little effort. Because the trigger of the fire, in which around 200 historically unique motorcycles were destroyed, was, as has now been confirmed, a short circuit in a presentation monitor, which would presumably not have caused serious damage when using device-integrated fire protection products such as E-Bulb or AMFE by JOB in Ahrensburg near Hamburg.

The AMFE is an automatic fire extinguisher that can be integrated into existing digital signage solutions at low cost (also as a retrofil). In the event of a fire, a non-toxic extinguishing agent is released, which extinguishes a fire directly at the place of origin and thus prevents its spread. At the same time, an alarm can be forwarded to the operator or directly to the fire brigade and the supply power into the device can be switched off.

Bodo Müller, CEO of the JOB Group: “With device-integrated fire protection, a fire that arises is detected at the earliest possible point in time at the point of origin and immediately and effectively fought within the device before it is too late. Especially in the segment of ​​digital displays or information systems in highly frequented locations, effective fire protection is essential in order to protect lives and minimize economic damage from business interruptions or the destruction of assets ”.

Statistically speaking, a fire breaks out in Germany every two minutes - one third of these are triggered by electrical systems or devices. A small extinguishing device like the AMFE can help prevent larger fires from developing. The AMFE is an economical solution to reliably protect media technology installations such as advertising walls, stands, information and vending machines and conference technology from the dangers of a "fire from within" - a concept that has already been implemented at many airports, train stations, exhibition centers and in shopping malls.